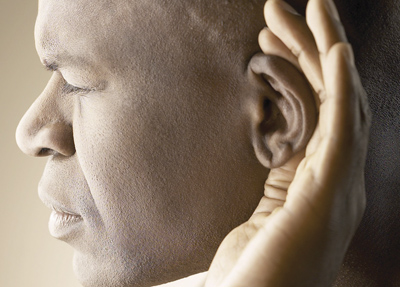 How Big Are Your Ears?

Having ears that are a bit larger than average and happen to be perpendicular to the sides of my head, that is a fun question to type!  The physical size of your or my ears, however, is unfortunately not what the question is driving at.  It is rather intended to colorfully ask you how well you listen and, more importantly, understand.

Of all the idiomatic expressions found in the New Testament, there is (to my knowledge) only one regularly occurring figure of speech that is only ever used by Jesus.  Fourteen times (six times in the gospels and eight more times in Revelation), Jesus says,

“He who has ears to hear, let him hear.”

This is a favorite expression of our Lord’s – and one that is deeply connected to the wisdom tradition of the Hebrew Scriptures.   In Proverbs 18:15 and 23:12 we see a pattern.  Wisdom enters through the ear and is kept in the heart.  During the period of the Assyrian/Babylonian captivities of Israel and Judah, we find an interesting reference to this in one of Ashurbanipal’s inscriptions in which the “gods” are thanked for bestowing “great ears” that a scribe might understand cuneiform!  In his call to the ministry, Ezekiel, during the same era, is told by the LORD what he must say to his fellow exiles whether they “listen or fail to listen” (Ezekiel 2:5,7; 3:11) and we find an ancient echo of Jesus’ saying in the Lord’s concluding thought: “Whoever will listen let him listen, and whoever will refuse let him refuse.” (Ezekiel 3:27).

Although in different cultures various senses are used as metaphors for understanding or learning (one of my favorites is The Rock’s tagline: “You smell what I’m cooking?”), hearing is the one Jesus uses specifically when he wants people to really think about what he has said.  The one who has “ears to hear” – “great ears” as our ancient Assyrian friend would have put it – is not merely able to identify the words and recognize the voice of Jesus.  The one with “ears to hear” is able to accept them as true and incorporate them into their life and doctrine.

Don’t you wish you had bigger ears?  The good news is that you can ask.  In Proverbs 20:12 we read that

“Ears that hear and eyes that see – the LORD has made them both.”

Ask God for ears that hear.  This is in keeping with what we read in James 1:5:

“If any of you lacks wisdom, he should ask God, who gives generously to all without finding fault, and it will be given to him.”

This week I have been working through Matthew 11 in my sermon preparation and this Sunday we will be considering the first occurrence of Jesus’ tagline. Next month we will be looking at the third discourse in Matthew (chapter 13) in which the tagline “He who has ears to hear, let him hear” occurs twice more and references to hearing and understanding occur three more times.   As we encounter these texts in which Jesus is particularly desirous of our hearing him, let us listen well

This past Fall our adult Sunday School class was greatly blessed by Dr. Sinclair Ferguson’s…

For children, Christmas simply shows up each December with gifts, fun, and friends in tow….

It is early on a Thursday morning as as I write this note.  Prayer Meeting…

Yesterday I received an email from Ligonier Ministries that caught my attention. The subject line…

Well, with the exception of the few obligatory scandals, the Rio Olympics are over. But,…

Just outside of Allentown, Pennsylvania, on the east side of Route 15, you can visit…