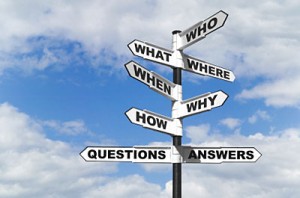 There is a verse in the book of Joshua that gives us an apt, though sad summary of much trouble that we bring into our own lives. In Joshua 9, after the Gibeonites pretend to be from a far off land by wearing worn out clothes and carrying spoiled bread and wine and attempt to make a treaty of peace with the Israelites, we read in verse fourteen:

“The men of Israel sampled their provisions but did not enquire of the LORD.”

Before we dismiss that Israelite oversight as just another instance of poor human judgment recorded in scripture, let’s take a moment to consider this verse more carefully. First, the men of Israel were not hasty – they heard the Gibeonites description of how their bread had spoiled and their wineskins had cracked, but they still sampled their provisions. Second, the men of Israel were not gullible – they sampled their provisions. Note the plural! They sampled both the bread and the wine. Yes, it is easily seen that the wineskins were cracked – the men of Gibeon had been quick to point out the state of their wineskins. But was the wine sour as well? Third, the men of Israel did not simply trust one man’s judgment – a number of the “men of Israel sampled” these provisions.

In short, given the possible means for verifying the account the Gibeonites gave them, the Israelites really did almost everything correctly! They were cautious, evaluated the evidence, and took counsel with each other in assessing that evidence. “But,” the scripture goes on to tell us,

they “did not enquire of the LORD.”

And this failure, we go on to read in Joshua 9, proved disastrous.

Today we are often no different. The Israelites made the best decision they could be expected to make if their own wisdom and their own resources were all they had to go on. But, like many of us, they thought their own experience, opinions, and judgments were sufficient to resolve their own dilemmas without seeking the word of God on the matter. You and I are often confronted with opportunities and dilemmas and, all too often, we take our counsel from the people around us, from our own experiences, and from the evidence as we interpret it… but we also do not enquire of the LORD.

The Israelites under Joshua made a terrible mistake that day – one that exposed their descendants to an increased temptation to idolatry. How often do you and I make decisions that are both understandable and even respectable in the eyes of men, but fail to reflect an absolute dependence on God by seeking His word on the matters before us? For us this is not simply a matter of praying about our problem and seeing how we feel in the morning. For us it is a matter of

Let us learn from our forefathers’ mistakes and resolve to live out the commands in Proverbs 3:4-7

Trust in the LORD with all your heart
And lean not on your own understanding;
In all your ways acknowledge him,
And he will make your paths straight.
Do not be wise in your own eyes;
Fear the LORD and shun evil.