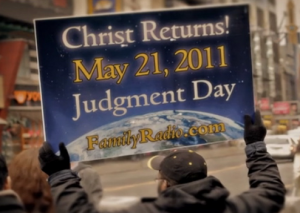 May 21, 2011 came and went.  And once again, a zealously advertised prediction of Christ’s return has completed the transition from prophetic warning to late night comedy.  So sad.  I have extremely mixed feelings about such predictions.  In general, they are not bad.  The trouble lays in their specificity.  Is Christ returning?  Yes!  Is his return immanent?  I believe so.  Do I know the date?  Absolutely not.  Had the prophetic warning that Christ will return stopped short of that last question, my feelings on the hubbub surrounding May 21 would be far less mixed.

This month I want to share some of my own thoughts with regard to the calendar of our lives.  These thoughts will be focused on one question: What should the object of our study be in light of Christ’s future return?  When Jesus himself taught on this subject in his Olivet Discourse in Matthew 24-25, he makes it clear that the fact of his future return requires our present attention.  Twice he concludes parables with the summary lesson:

But was that what Jesus intended us to watch?  In both of Christ’s commands for us to keep watch, he specifically goes on to say,

Is he telling us to watch for something so that we can prepare for it – like many folks who were sure that y2k or May 21st was going to bring the last day?

The entire thrust of Christ’s teaching is in fact opposite to this.  Jesus is not telling us to keep watch for his return so that we can prepare for it.  Instead, he is clearly telling us to keep watch by always being prepared for his return!  In all three of the cases he presented in his sermon, Jesus made it clear that when the people in Noah’s day, the servant whose master had journeyed afar, and the ten virgins, saw the sure signs of what was coming it was too late for them.  In all three cases, successfully keeping watch would have entailed a simple preparedness for an imminent event despite no concrete evidence that it was about to occur.  Keeping watch had far more to do with them watching their own lives in light of God’s word than it did with watching external events so that they could get busy.  When will Christ return?  I do not know.  But I know for certain that I had better see that I am prepared for his return whether I suspect it will occur in my lifetime or not.