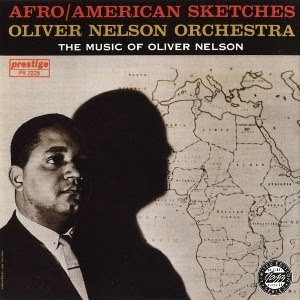 “I run in the path of your commands, for you have set my heart free.”

Put in chronological order, God has set our hearts free, therefore we run in the path of his commands. One of the things I love most about this verse is that phrase “I run in the path of your commands.” It describes an intentional, active, intensity – the freed heart is not subconsciously evolved, merely moved, or moderately advanced. No, IT RUNS! The picture is one of joyful abandon – sanctified energy – all directed to serving the Living God. It is King David dancing before the ark of the covenant in a linen ephod.

And yet, so often in our lives we find that though we profess to have had our hearts set free by the truth and beauty of the gospel – the Good News that in Jesus Christ we are forgiven and have life, we have the blues, don’t we? God’s people do get them. The single largest category of Psalm types in the Bible is the Lament. David had the blues, so did Asaph and the sons of Korah. So do you and me. And so did Oliver Nelson.

Oliver Nelson was a great jazz man; a St. Louis saxophone player whose compositions are widely regarded as among the best of his era. Most folks think Stolen Moments was his finest, but I have always liked Emancipation Blues better. A little known fact of American music history is that the “blues” as a genre really only came together as a distinct style after the passage of the Emancipation Act in 1863. Yes, there was soul-stirring, grieved music sung on the plantations and echoing from the auction blocks, but as a recognizable form, the “blues” belong to the dawn of the freedman’s era. There are a lot of reasons for this, but one of them is that there is no pain like having the form of freedom without the substance – having the rights of freedom without the options to exercise them. Oliver Nelson understood this. In 1961, almost one hundred years after the Emancipation Act, he wrote a seven part suite in which he musically describes the experience of black men and women in America: Afro American Sketches. Emancipation Blues is the third movement – it depicts the pain of having the idea of freedom without the actions that belong to it. It describes with tone and rhythm the ache of being told you are free, but not being given freedom.

Often you and I have the idea of freedom and all the rights to it, but we either do not or cannot exercise that freedom as it was intended and therefore have no joy – we too have the “blues.” Many centuries prior to Emancipation in this country and our Declaration of Independence before that, God emancipated his enslaved people from their own bondage in Egypt. And God’s emancipation then was what it has always been: for a purpose. The purpose is plainly stated in Exodus 3:12 and Exodus 5:1-3. God’s people are set free to worship Him, to hold a festival to Him, to offer sacrifices to the LORD our God. When God’s people did not use their freedom for this, they suffered enormously. Paul writes in Galatians 5:1 that

“It is for freedom that Christ has set us free.”

And that freedom is always a running in the path of God’s commands, an exuberance that joyfully explodes like David’s worship before the Ark of the Covenant. I think Oliver Nelson understood this too. There is nothing like being freed and truly exercising freedom – really. The last movement of his Afro American Sketches echoes with the gospel refrains of his childhood as it looks forward with a confident hope past the turbulence of the 1960s to a day of an unmitigated freedom yet to come – it is my second favorite Nelson composition. It is called “Freedom Dance.” I think David would have liked that song.

The “blues,” the “Laments” in the Psalms of the Bible have two principle themes: (1) the injustice and affliction that are simply the unavoidable consequences of living in a fallen world, and (2) the tragic consequences of our own sins. Like the African Americans whose story Oliver Nelson depicted in song, we often have little or no control over the former. But we do have control over the latter. We can offer ourselves up as living sacrifices who have been set free by a loving Savior. Won’t you join me in freely dancing before God as we “run in the path of His commands?” Even in tough times of oppression and affliction? For we truly have been set free – we are free indeed.