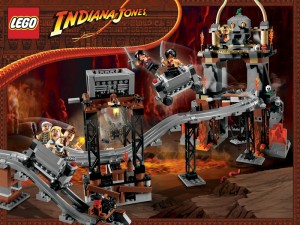 “Dudley, meanwhile, was counting his presents. His face fell. ‘Thirty-six,’ he said, looking up at his mother and father. ‘That’s two less than last year.'”

J.K. Rowling’s character Dudley Dursley is easy to dislike. In every way he seems to disappoint – partly,perhaps even mostly, because he is always disappointed. Nothing seems to please him. Contentment never sticks. He is always counting.

For many of us, this year is a “Dursley” kind of year. There will be fewer gifts under the trees in many of our homes. So as a pastoral word that will, I hope, be both memorable enough and portable enough to carry us through both shopping and unwrapping, I want to think about counting presents to the glory of God. Any of us can do this. All it requires is the ability to count to one.

“God so loved the world, that he gave his only begotten Son, that whosoever believes in him should not perish but have everlasting life.”

This is one gift that has been offered to you that, if you have accepted it, can and should change everything about how you look at life. We are a “more” and “better” type of society. Somehow, as a culture we have latched onto the idea that every year should be better than the last – and measurably so! Like Dudley Dursley, we count our presents and gauge our happiness or contentment against last year’s numbers. How can we get over this grasping discontent? Practice counting simply to one.

You have received one gift that is alone sufficient to guarantee you eternal joy. The apostle Peter describes it this way:

“Praise be to the God and Father of our Lord Jesus Christ! In his great mercy he has given us new birth into a living hope through the resurrection of Jesus Christ from the dead, and into an inheritance that can never perish, spoil or fade – kept in heaven for you… In this you greatly rejoice, though now for a little while you may have had to suffer grief in all kinds of trials.”

Unlike the young Dursley, you don’t need piles of gifts to rejoice. Your face need not fall when the longed for trappings of “the good life” a la twenty-first century America don’t materialize from either thin air or credit card debt every December! You can still rejoice even if the less materialistic desires of physical health and family peace seem more remote than ever.

But think Christian, think! Count your presents this year: (1) God gave his Son Jesus Christ who lived, died and was raised for me so that I could believe on him and have eternal life – an eternal inheritance! (2) Wow, let me just think about number one for a little longer… I’ll never forget the year that Kerrie and I bought our son the Lego Indiana Jones Temple of Doom set.

He had wanted it for months – quite a long time for a little guy. When his modest pile of gifts was sorted out from the others – he hoped that he knew exactly what that box held – and he opened it first – and he was right! He could hardly be induced to open his other gifts, so badly did he want to get straight to work on that set.

May we find as single-minded a joy in the one gift that we have been given that is new to us as often as we hear and tell the old, old story. This year, shop, give and celebrate in light of the eternal gift offered in Christ Jesus. He is the source of joy that lasts! Let every other seasonal joy and gift simply be an accompanying echo of the deep happiness and contentment that is ours in Jesus.